Archanes
A drive just 15 km from the Congress venue will take you to Archanes, a village unfolding its beauty at an altitude of 350 m. at the foot of Mount Juktas. It is a beautiful traditional settlement with a great cultural heritage and 5000 years of history. The outstanding redevelopment of the rural town and the fact that it was carried out with absolute respect for traditional architecture has earned the European Village Redevelopment Award. We will have lunch in a traditional tavern tasting authentic recipes of Cretan cuisine.

Knossos
A professional guide will show you the splendor of Knossos Palace, where the greatest civilization of Minoan Crete ruled almost 4,000 years ago, and where Theseus killed the legendary Minotaur in King Minos’ labyrinth. Walking around, you will be struck by the sophistication of a civilization that reached its peak 4,000 years ago. The drainage system is intricate, and some houses were so grand that they rose up to five storeys in height. Public and private spaces were adorned with ornate frescoes, pottery, and wall paintings. Some of the Minoan artwork is so iconic that it continues to inspire artists today. Knossos Palace is big and sprawling (43,000m2), once containing 1,300 rooms connected with corridors around a main courtyard. 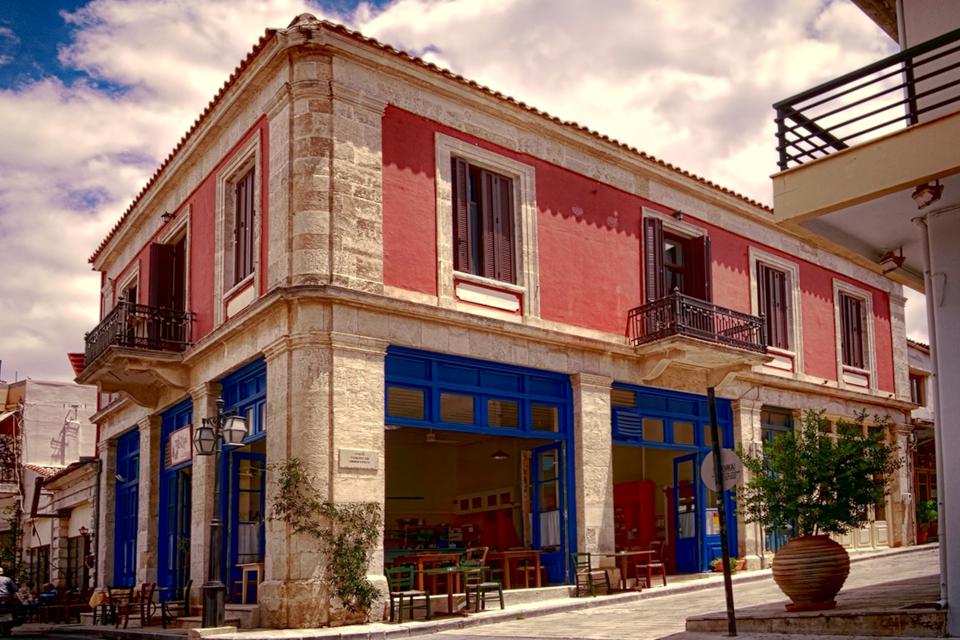 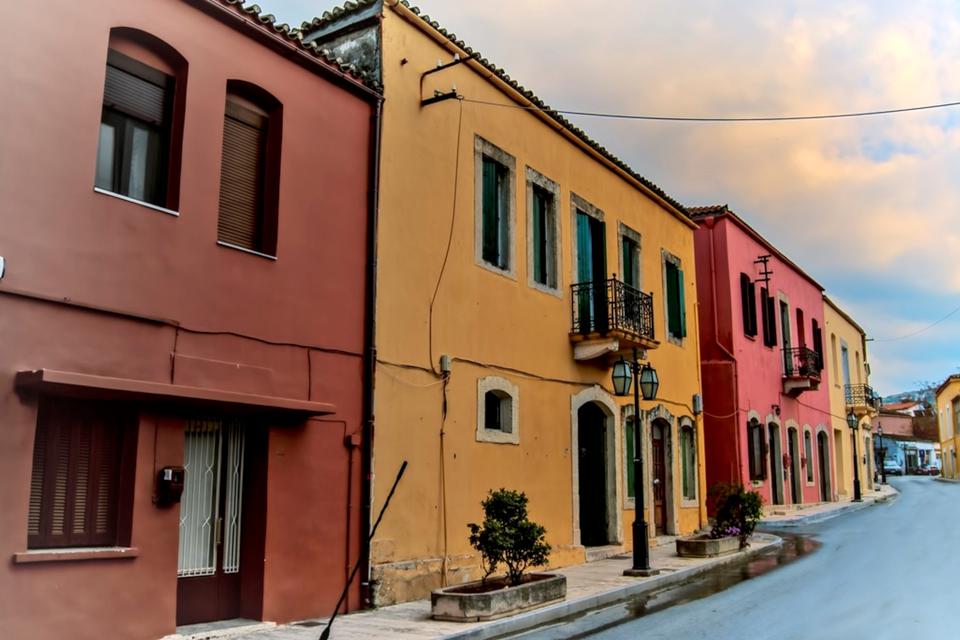 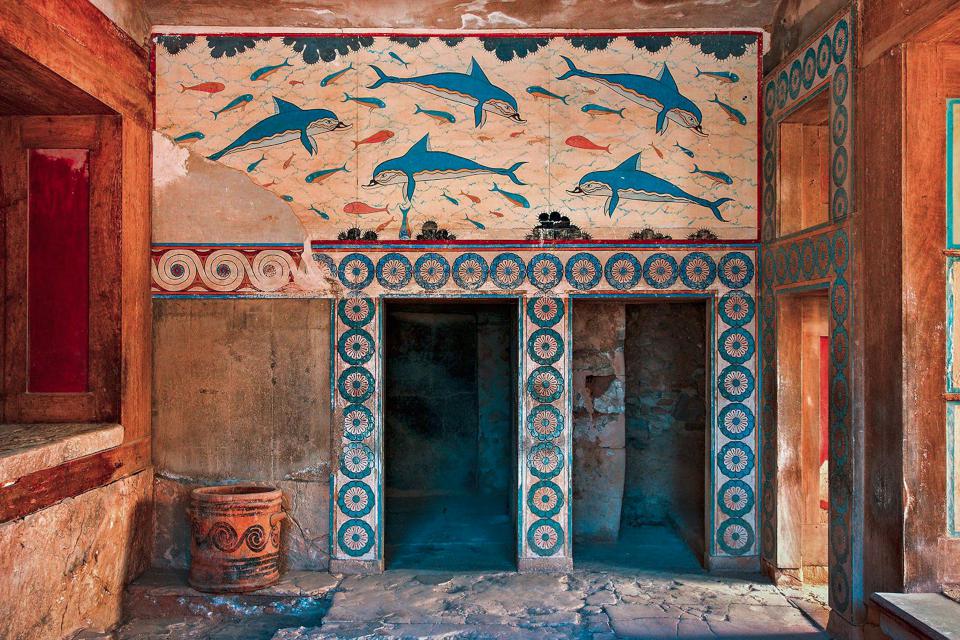 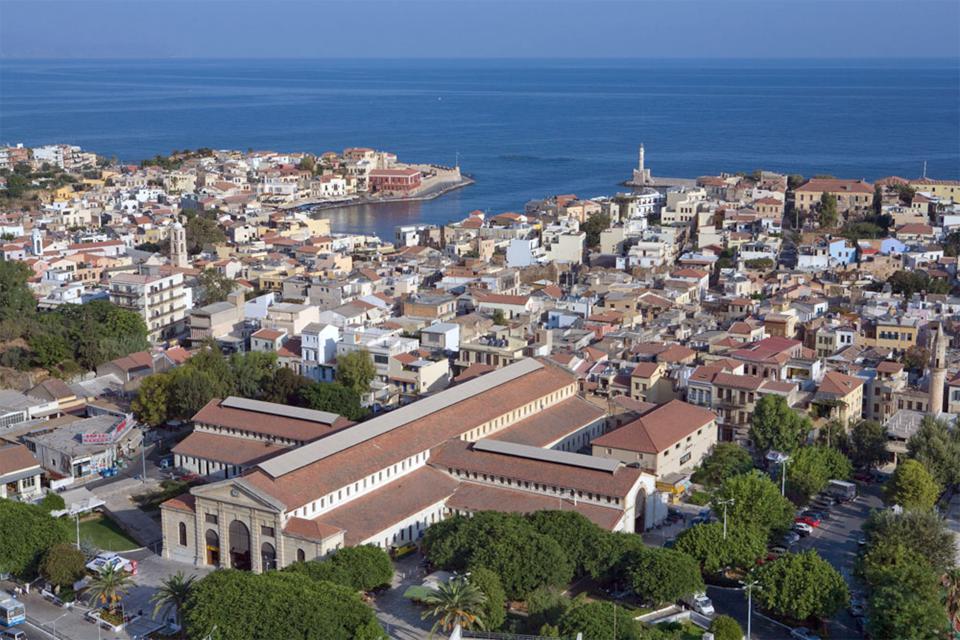 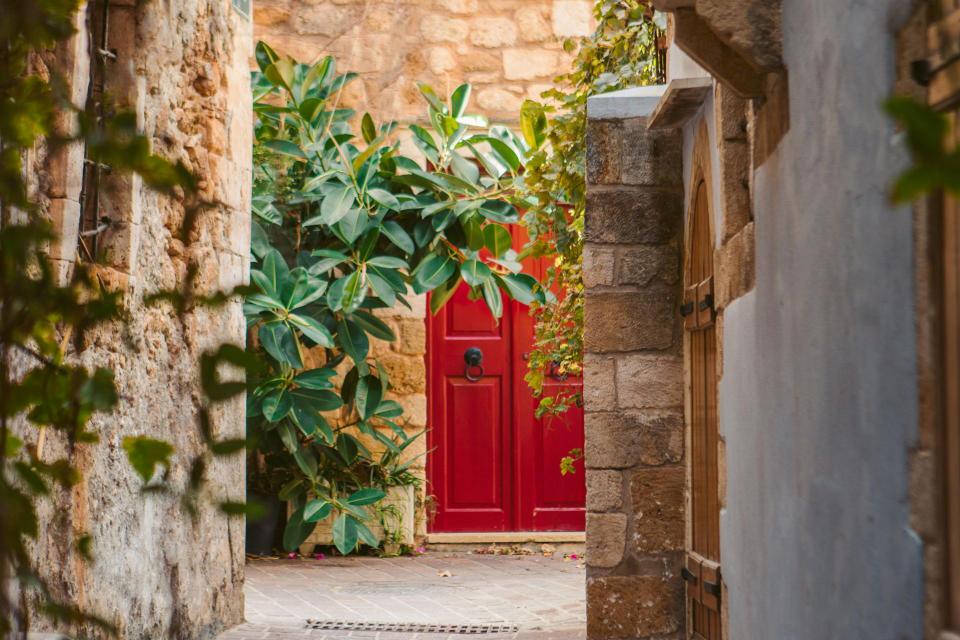 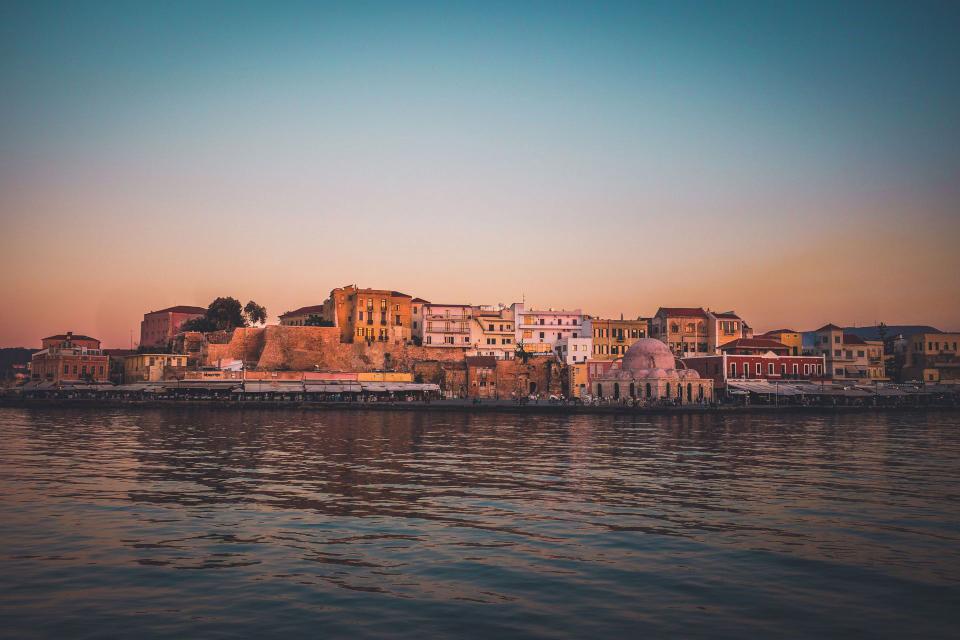 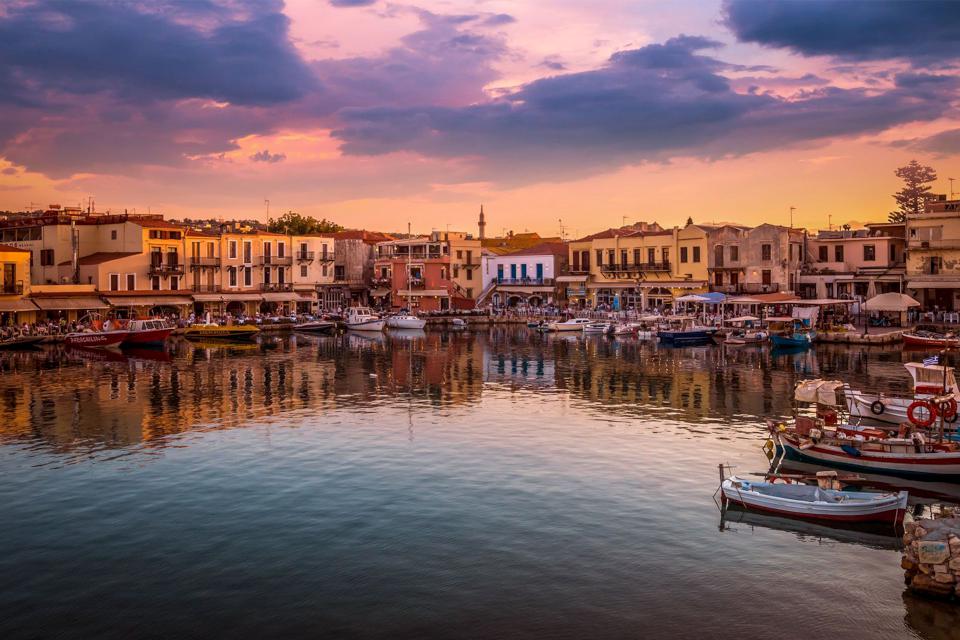 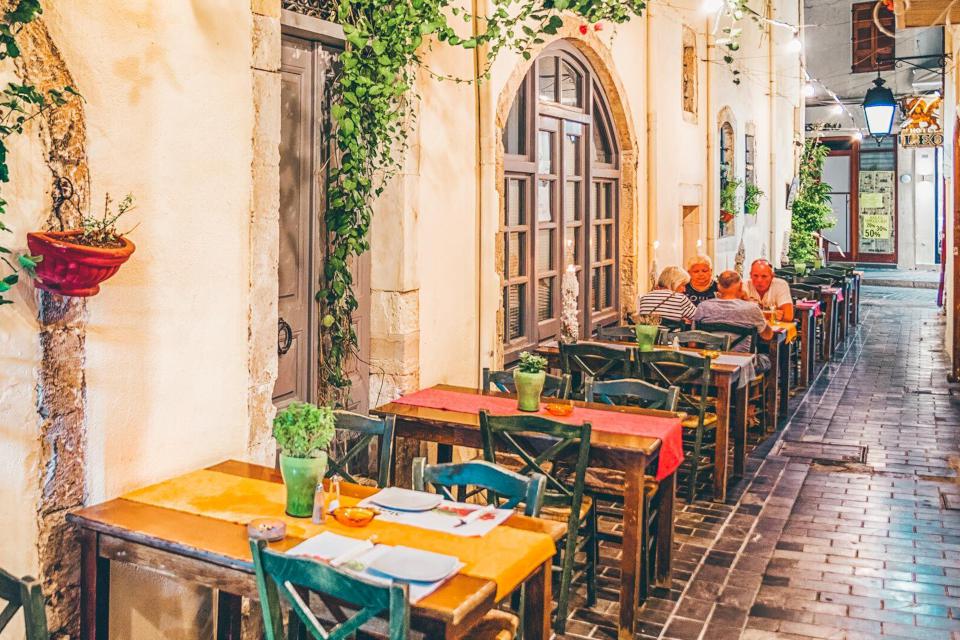 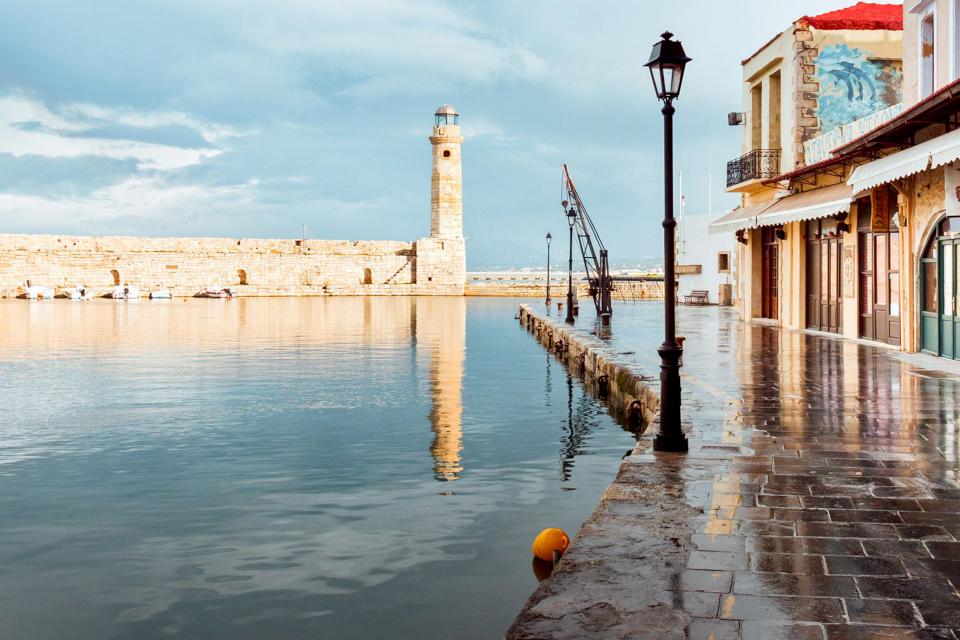 Chania
Chania was always one of the most popular destinations in Greece. Romans, Byzantines, Venetians, Ottomans… all came through Chania settled here at one time or another, creating the multicultural corner of Crete we can enjoy today. You’ll discover the secrets of Chania step by step: the picture-perfect lighthouse at the port, the Küçük Hasan Mosque, the renovated Grand Arsenal, the Splanzia ruins, and the Kum Kapi at Miaouli Beach. Lose yourself in the aristocratic suburb of Halepa, with its neoclassical buildings that once hosted the consulates of the Great Powers. You’ll feel as if you’re in a different era: the school of “San Joseph”, the Russian church of Saint Mary Magdelene, the Palace of Prince George… and so much more.

Rethymno
The city is a rare combination of history and modern-day luxury, with its Venetian-era fortress and multicultural Old Town. Walking around is like traveling back in time. The Fortezza (fortress) sits atop Rethymno’s magical old town like a crown. And you can hear the echoes of the sea as you walk along the Venetian port with its old lighthouse and get lost in the maze of alleyways, admiring the ornate doorways and the Venetian crests that decorate them. You’ll also visit the mosques with their minarets and hop between the dozens of shops, restaurants, and cafes that give Rethymno its special atmosphere.

Elounda
Built on the southern shores of the bay of the ancient city of Olous, which is where it got its modern name. A world-renowned tourist resort north of Agios Nikolaos, with scenic beaches, wind-protected sandy shores, crystal clear waters, and a serene ambiance. Attractive shops, bars, and tavernas wrap around the harbor and continue north along the beach and a paved waterfront promenade. Offshore lies the rugged Spinalonga Peninsula, linked to the mainland by a narrow causeway and home to ancient ruins, beaches, and hiking trails.

Spinalonga island
What you see from the coast on the tiny-tear drop-shaped island are the remains of a 16th-century Venetian fortress, but what makes Spinalonga unique are the ruined houses and buildings of the settlement that was from 1903-1957 Greece’s official leper colony. The story of Spinalonga inspired the award-winning novel by Victoria Hislop, The Island, which in turn was developed into a popular Greek television drama. As you arrive in Spinalonga, you’ll immediately be taken aback by the size of the medieval fortification built to protect the strategically important Bay of Mirabella. The walls appear as impenetrable now as they once were to countless invaders. You follow a 1.5km path around the island’s perimeter – once, that is, you’ve passed through Dante’s Gate, the tunnel that was the entrance to the notorious leper colony. 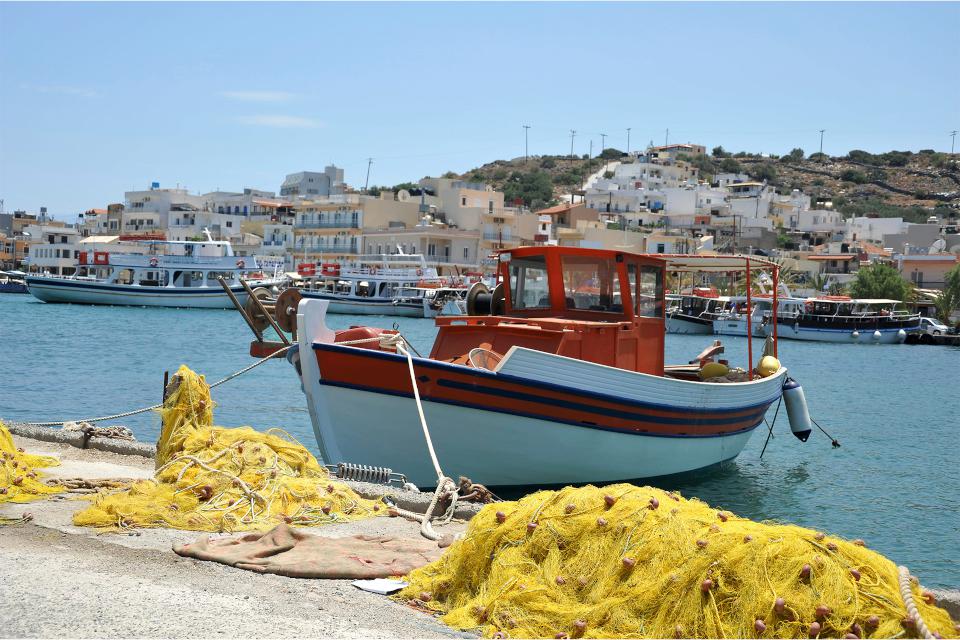 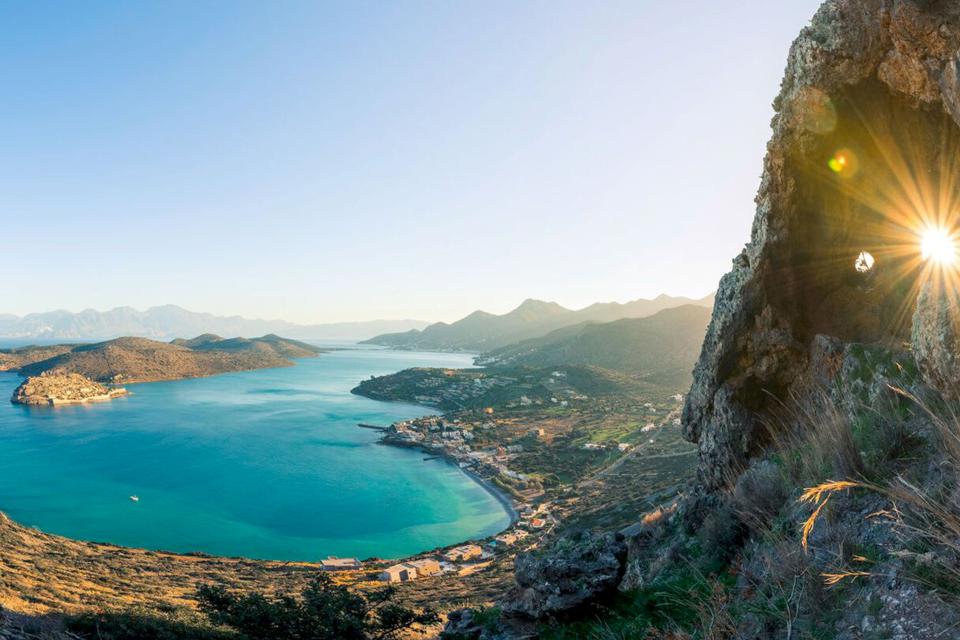 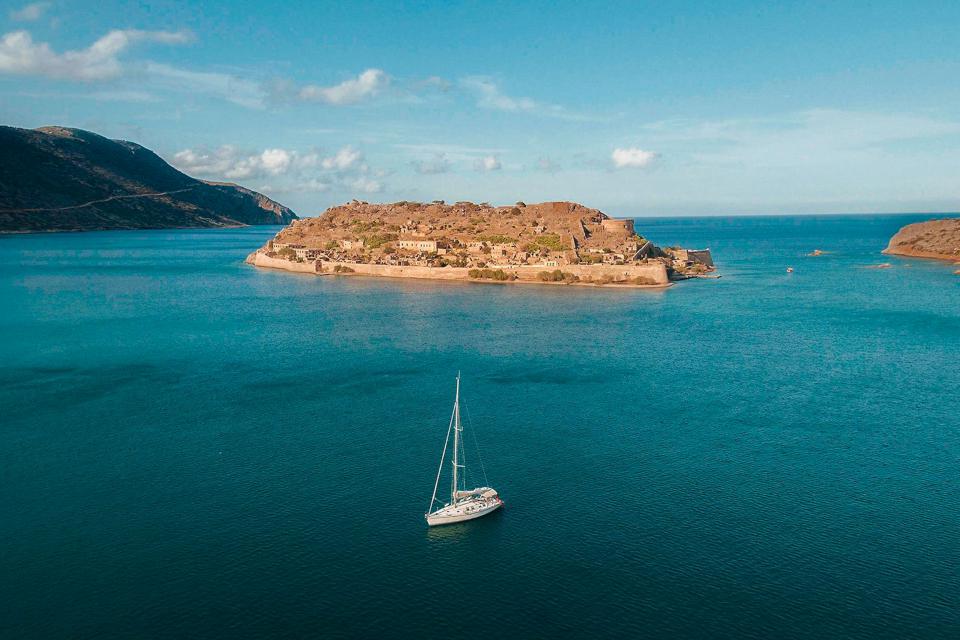